What happened to the world 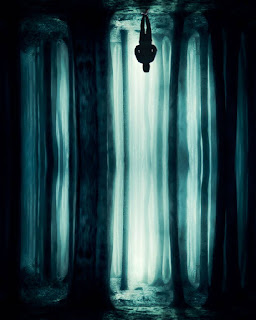 What happened to the world where the young respected the old,
where the migrant moulded to the settled,
where the existing was treated with deference?

I have no more patience for the cries from the weak,
demanding respect and tolerance,
outraged, when the abnormal is treated as such,
where the choice of who and what we associate with is no longer ours,
and our words are strangled before we can utter them.

I have no more tolerance for those who beg out due to their own inefficiencies,
who need to be treated with kid gloves lest they are triggered by the inconsequential.
The world is harsh. Treating the weaker as equals, has created a society
where abnormal is normal and right is wrong.
When differences were a choice made by the strong,
it led to a better existence, with stronger, healthier, happier people.

Instead, the incapable dominate by sheer noise and pushy brusqueness,
pointing fingers at the outside world instead of back into themselves.
How can you hope to become strong and independent if you keep hiding behind a label,
a safe space, bowing out instead of manning up, expecting the majority to tiptoe around the minority lest we inadvertently trip them up to melt down into a worthless puddles of fast evaporating water in the heat of the midday sun.

When did strong and capable become the undesirable?
When did being balanced and healthy become a threat?
When did normal become an aberration, something to be avoid, downplayed, even hidden?
When did I start censoring my own opinions and beliefs?
Who has handed the power over to the weak?
Have I passed over into another world?